This is a story about marriage fraud squared, about it threatening to reach from one generation to the next.

I am leaving out the names and places in this account because they are not significant to the narrative, but real people are involved, and one of them has reached out to the Center seeking assistance and advice.

In a nutshell: Mr. and Mrs. A, both Muslims, were married for years and had three children in the United States. At this point, all five family members are U.S. citizens. Enter Mr. B, another Muslim from the home country. He knows Mr. and Mrs. A. Mr. B arrived with neither a long-term nonimmigrant visa nor a green card, something he wants very much.

Mr. B then marries Ms. C, a U.S. citizen, a friend to Mrs. A, and a non-Muslim, apparently so that the new Mrs. B could sponsor his green card, but that marriage broke up before the green card could happen. Mr. B seems to have secured a short-term employment authorization as a conditional resident out of that marriage. (Many of the details are murky because the players did not all disclose everything to everybody, and we are hearing only one side of the story.)

Mr. B had a wife in the old country and says that he and that Mrs. B got a divorce before he came here. There may be some doubt about the legitimacy of that divorce, which might bring up the question of whether divorce under Shariah law (the male simply announces that they are divorced) would be recognized by our systems. (There is a document stating that the B-B divorce was recorded by a government agency in the home country.)

Then Mr. B lured Mrs. A away from her marriage, the As got divorced in the United States, and Mr. B (now on his third marriage) wed the former Mrs. A. (This took place less than a month after the B-C divorce was final.) Mr. A thinks that this is another marriage ploy designed to secure that green card. B works in a retail business with the new Mrs. B’s brother.

I suspect, from all I have heard, that Mr. B now probably has the conditional resident status of a newlywed alien, but not yet a green card.

The new Mrs. B has custody of the three A children, one of whom is an adolescent male, turning 16 shortly.

One of Mr. A’s worries is that the 16-year-old, let’s call him D, will perhaps be talked into (or coerced into) marrying a daughter of Mr. B’s from that first marriage. That daughter (called E here), now back in the home country, would become a legal conditional resident if she were to marry a citizen.

Since D is the child of Mr. A and the current Mrs. B, and since E is the child of Mr. B and some other woman, D and E are step-siblings. Both of them now have a relationship with Mr. B, who is now D’s step-father. So we return to the question: Could E get a green card by marrying her stepbrother, D?

Yes, it could happen, because in the state where they all live (and in many others) there is no legal bar to step-siblings marrying, as there is for siblings or half-siblings marrying. But, as you might expect, there are some caveats. (I am assuming that E is 18 or older, is unmarried, and living in the home country.) In their state, as in many, you can marry at 16 with your parents’ permission, and you can marry at 18 with no permission needed, so Mr. A could block the marriage, but only for a while.

Then there is the federal requirement that the alien and the citizen must have met before immigration papers will be approved, but that could be arranged by having either D or E do a bit of traveling.

Mr. A has had no luck in getting our immigration authorities to do anything about any of this beyond sending him bland responses to his pleas for legal action, and he may, in a couple of years, be in the odd situation where he is witnessing what he would regard as marriage fraud in his family occurring in two generations.

I suspect that Mr. A has limited options. If he cannot talk his son out of being coerced into the proposed marriage with E, he can, as a parent, block it for a while.

Further, Mr. A might be able to go to the local prosecutor’s office and seek bigamy charges against B, but that would mean the prosecutors were comfortable with challenging the validity of divorce in another nation, while at the same time accepting the legitimacy of the original B-B marriage.

Mr. A might also petition for a re-hearing in divorce court to seek custody of his children.

Meanwhile, he does not have a lawyer to help him with these matters and may not be able to pay for one, if he could find one.

I feel sorry for Mr. A, but am aware that I am only hearing his side of the story. From a distance, I see this as both a sad, human drama, and as a highly specialized case of probably illegal chain migration. 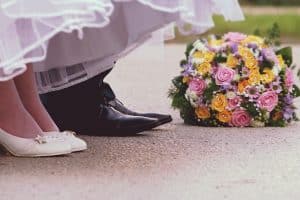 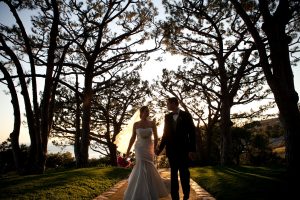